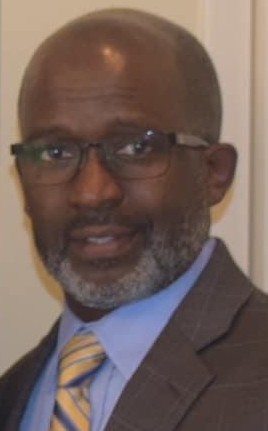 Pastor Perkins gave his life to Christ at the age of eight; on April 26, 1976 at Berean Baptist Church under the pastorate of Rev. W. K. Seals. He worked faithfully throughout the years in various areas of the church. Even at a young age many called him “Preacher Boy” because of his dedicated service to the Lord and his church.

Pastor Perkins was educated in the Jackson Madison County School system and is a graduate of Jackson Central Merry High School class of 1981. He later attended Jackson State Community College and Lambuth College, earning an Associate and Bachelor’s Degree in Computer Information Systems in 1985. While at Lambuth College, he was an advisor for the Black Student Government.

Pastor Perkins is married to Tracy Perkins and they have two children; Minister Marcus Perkins, II and Jada Perkins. Pastor Perkins loves supporting and spending time with his family.

Pastor Perkins is a 20 yr. employee of West Tennessee Healthcare where he is a Telecommunications Project Coordinator. He is a member of Alpha Phi Alpha Fraternity, INC, Beta Upsilon Lambda Chapter.

Pastor Perkins is a Charter Member of Agape Christian Fellowship Church; which was founded by the late Dr. Roland M. Porter, in 2002. Pastor Perkins has served and worked faithfully in the following capacities, Church Treasurer, Leadership Team Member, Deacon and Media Ministry Coordinator.

Pastor Perkins accepted his call to the ministry in 2015. He preached his first sermon and was licensed on January 31, 2016. He has studied under the Leadership of the late Dr. Roland M. Porter, studied the Gospel of John and other courses through the Dallas Theological Seminary.